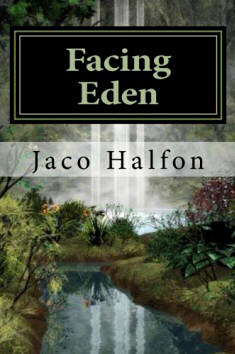 Ever since the original sin and the subsequent expulsion of Adam and Eve from the Garden of Eden, humanity’s yearning for a return to Paradise has remained unfulfilled. Only a few people in every generation get the calling, and Jaïr, Pimo’s coconut tree cutter, is one of them. Ever since Jaïr’s birth, the medicine man has predicted his destiny and prepared him for his upcoming mission.

During his quest, Jaïr confronts transcendental adventures which reveal his character and further his maturation. But his major trial will come in Nod, gateway to Eden, where women have subdued men and established a stern matriarchy. He is captured by the intriguing Zeena who enslaves him with her psychic powers. The circumvolution of their relationship takes the protagonists onto the sinuous route of love and ushers them through the discovery of the clue to the oldest secret of the Universe: How to gain entry into the Garden of Eden!

The metaphor is used to illustrate the most fantastic of all journeys, to discover and accomplish one’s destiny. Incorporating ancient wisdom in a contemporary gender-bender framework, the story visits the timeless allegory of love and provides insight into one of the perplexing assignments of our age, male-female relationships. 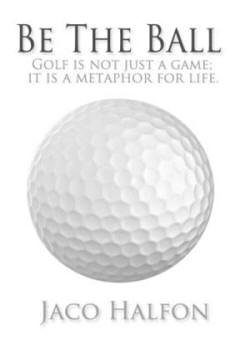 When business executive Travis Jones aka “The Wolf”, finds himself stranded in the Himalayas, the last thing he expects is a chance to use his golf clubs. Or for his hobby to transform into a life-threatening quest to become “one with the ball”.

Supported by his enthusiastic lover Kimiko and buoyed by his own competitive spirit, Travis enters a long drive challenge which leads him to Bahir, a Dard hermit turned golf master, and golf master turned spiritual teacher. Bahir guides his new disciple on the magical McLeod course, in an exciting environment fraught with danger but very fertile for golf improvement.

While Travis tries to integrate the new teachings from the genial master, struggling with his game and wrestling with all his demons, he is also about to confront his namesake for the fight of his life.

Be the Ball! is an allegorical tale, offering a sensual, entertaining and inspiring approach to a very complex game. Yet, “golf is not just a game,” says the Dard master, “it is a metaphor for life.”

Order “Be The Ball” from Amazon